Modern human DNA is actually a cocktail. While we call ourselves Homo sapiens, we’re actually a mixture of other species like Neanderthal and Denisovan, early human ancestors. This latter group’s DNA, recently discovered in 2010, is particularly common in East and Southeast Asia populations, but a new study in Cell provides evidence that another ancestor, […]

Failing to lose weight? It really could be down to your genes – and this is why

As a middle-aged chef who loves food and hates diets, it’s surprising that I am not overweight and currently feeling bad about failing to stick to a New Year’s resolution to lose a few pounds. My dietary intake is chaotic, largely due to the nature of my work – but also because I am weak […]

Chew your food 20 times, a dash of lemon in hot water to start your day; they’re the little health tips passed on through generations of Australian families, begrudgingly followed and seldom taken seriously. But now scientists specialising in DNA research into human health and well-being can happily report that these so called “wives’ tales” […]

Heart attack at 38! How a 5-minute home DNA test helped Jacquie to her lightest weight in 15 years.

Heart attack at 38! How a 5-minute home DNA test helped Jacquie to her lightest weight in 15 years. Jacquie Hamilton was only 38 years old when she felt “a bit yucky” at the gym…minutes later she was being rushed to hospital in an ambulance having suffered a heart attack. “I felt like I had […] 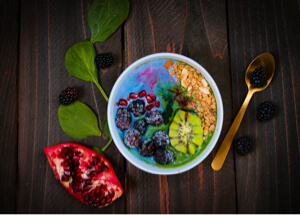 CarbChoice is your DNA profile to help choose the right carbs.
Order now